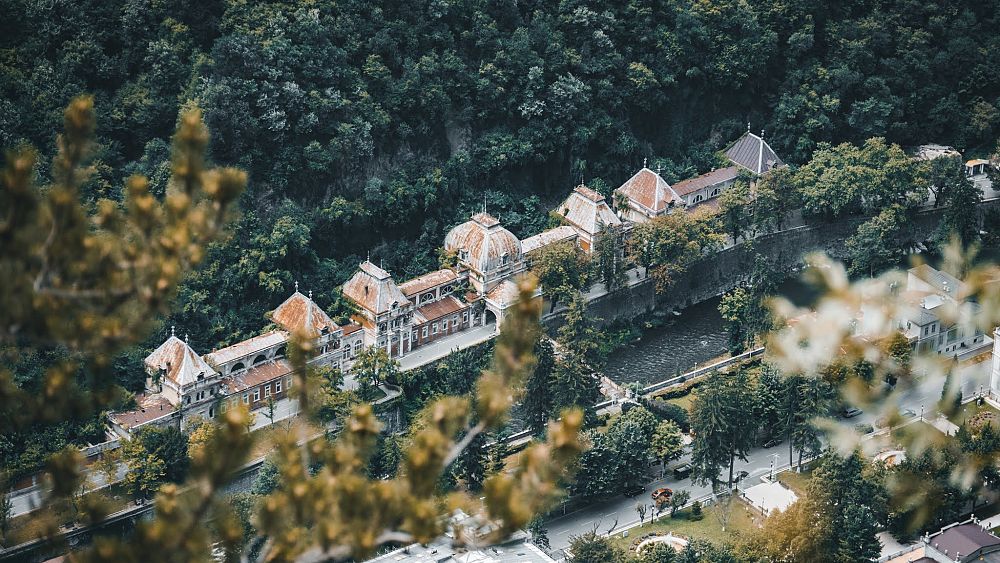 World Heritage Day: Here are the 7 most endangered heritage sites in Europe

April 18 marks the International Day for Monuments and Sites.

Officially adopted by UNESCO at its 22nd General Conference in 1982, this day is used each year to stimulate activities and raise awareness of heritage around the world.

Last year’s theme “Complex Pasts: Diverse Futures” was replaced in 2022 by the theme: Heritage and Climate.

Seven of Europe’s most valuable heritage sites are under threat, according to a European heritage committee.

The seven most endangered monuments and heritage sites in Europe 2022 have been announced by representatives of Europa Nostra, a federation for cultural heritage and the Institute of the European Investment Bank.

As Russia wages war on Ukraine, other victims of the invasion will be the country’s magnificent heritage, such as the capital kyiv, a UNESCO World Heritage Site.

Now the committee has announced the Europe’s most endangered sites outside Ukraine, and the picture for them is also quite bleak.

“These sites are threatened by neglect, planned demolition, unsuitable development, the devastating impact of natural disasters or lack of funding,” Dr. Hermann Parzinger, said the executive chairman of Europa Nostra.

“By publishing this list, we want to send a strong message of solidarity and support to local communities and heritage stakeholders who are mobilizing to save these threatened sites.

“Europe’s cultural heritage must be preserved not only as a testimony to our common past, memory and identity, but also as a catalyst for sustainable development, social cohesion and peaceful coexistence whose we need it so badly,” he concluded.

An austere infrastructure that carves the landscape of the Mat River in northern Albania. The Zogu Bridge was ahead of its time when it was built in 1927 with its impressive length and steel arches.

But despite its impressiveness – so much so that Albania declared it a first-class cultural monument – the bridge has fallen into disrepair. The construction of two more bridges further along the river rendered the Zogu unused and therefore not properly maintained.

Tourists still regularly visit the bridge, but it is at risk of collapse as one of the columns is about to be destroyed.

Convent of the Récollets, Belgium

In the town of Nivelles, just south of Brussels is the Couvent des Récollets. Built in 1524, it is the only fully preserved example of Franciscan architecture in Belgium. The convent is a peaceful place where your thoughts tend to wander the hallways alongside the long history of the place.

While the Gothic church part of the convent was restored in 1970 and is in good condition, the rest of the complex is falling apart. The biggest fear for the convent comes from the threat of a property developer who bought up much of the complex in 2017. A new project supported by local authorities could reduce the historic site to a gleaming set of apartments.

South of Paris is the incredible Garden City La Butte Rouge. In a project that took place between 1931 and 1965, architects and gardeners worked together to create a new concept of social housing. 4,000 apartments share a 70-hectare green space inspired by Modern, Art Deco and Bauhaus schools of aesthetics.

Revolutionary at the time, the concept was to create social housing in contact with nature and art. But the commune of Châtenay-Malabry wants to demolish the city. About 85% of the buildings are at risk of being demolished, which will not only see the end of a magnificent piece of historic architecture, but will also displace the thousands of residents who live inside.

Quaint does not capture it. Stolberg is one of those small German towns that instantly transport you to the country’s industrial past. With one of the only main streets in historic Germany to survive World War II, it’s a rare gem in the region.

Until the deadly floods in the summer of 2021. When torrents of water came out of the submerged Vicht River, 266 of the 752 buildings in Stolberg were affected. The city torn apart by climate catastrophe urgently needs help to be rebuilt and made sustainable.

Romania’s thermal spas are one of the biggest draws for anyone looking to spend time in lavish comfort. Nestled between a mountain gorge and the Cema River is Băile Herculane, a spa town that dates back to 153 AD.

Băile Herculane has been there to see the changing hands of history from its Roman founders to the current Romanian era. The current thermal baths were built in 1883 and were the most modern spas in Europe at the time, inviting guests such as the Habsburg royal family and the Emperor and Empress of Austria.

The station has been abandoned since the fall of communism in 1989 and in 2019 two walls and a roof collapsed and another wall collapsed in 2021. It urgently needs care before it totally collapses .

Once the summer residence of the family of the Dukes of Montpensier, the Orléans-Borbón Palace near Cádiz is a conglomeration of expressive mid-19th-century styles, including neo-Moorish, neo-Arabic architecture and a romantically influenced garden .

The family had to leave in a hurry in 1955 when they went into exile. Since then, the property has slowly deteriorated. Last renovated in the 90s, despite being owned by the municipality, there has been no rush to restore or repair the once decadent location.

In Den Bosch has been a piece of history since the beginning of the new country of the Netherlands. Built in 1587, the fortress of Crèvecoeur was a military stronghold for the Dutch during the siege of ‘s-Hertogenbosch in 1629 during the war with the Spanish. It was again used during World War II by the Germans as a bridgehead.

Today, ownership by the Dutch Ministry of Defense has not prevented the fortress from falling into disrepair. The structures are crumbling and must be urgently restored before the damage is irreversible. There are, however, plans for a new park which will use historic defensive features to help manage water in an attempt to prevent further damage to the fortress.