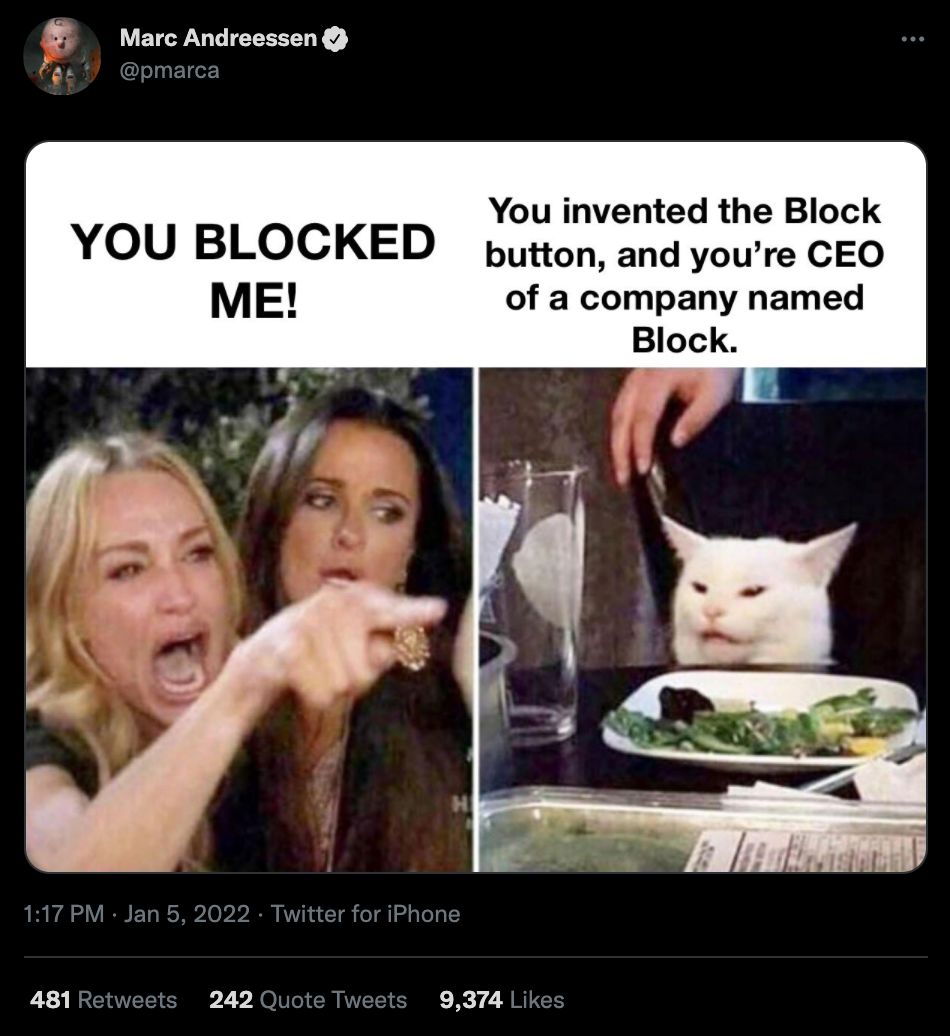 If we were to ask someone in the crypto space about the biggest thing in the world after the internet, many would probably answer ‘blockchain’. It is true that blockchain technology has revolutionized the world and has empowered many people and institutions. Heck, it even redistributes the world’s wealth and provides a thriving industry for many.

But like in any community, people tend to disagree on a lot of things – and they should – and that’s a sign that he has free speech. In the blockchain space, however, there appears to be yet another rift forming among its most prominent people. We are not talking about a particular blockchain in which two irreconcilable camps have resorted to a hard fork as in Bitcoin Cash; this time we are talking about Web 3.0.

Last December, former Twitter CEO Jack Dorsey ruffled some feathers when he claimed that the average person does not own Web 3.0 and that venture capitalists and liquidity providers will have control of it. closed. Additionally, Dorsey said it was ultimately a “centralized entity,” only that it was packaged differently.

Some people had no idea what Dorsey was talking about, and others didn’t really care at all, until we heard that Marc Andreessen of US investment firm Andreessen Horowitz (a16z) blocked Dorsey on Twitter. Of course, other prominent figures have joined the fray, including Tesla CEO Elon Musk.

And that’s when we knew something had escalated quickly. But what is it about Web 3.0 that causes grown-ups like Dorsey and Andreessen to block each other?

To be frank, the global community has yet to decide on a single, clear definition of Web 3.0. But the rough idea is that Web 3.0 is the next major version of the Internet as we know it. In Web 3.0, we will have pure decentralization and this blockchain technology will play a very crucial role in its success.

The extent of decentralization is still unclear. For example, a popular model from before is peer-to-peer file sharing through torrent sites like BitTorrent, which was acquired by TRON under the leadership of Justin Sun at the time. Improvements are also seen in terms of the content and ownership of personal data.

Another puzzling thing is why venture capitalists invest so heavily in Web 3.0 companies. Since they’re, well, investors, surely they’re going to need something in return for funding these startups. And most of the time, it’s money or power.

This may be one of the things Dorsey has a hard time coming to terms with. If Web 3.0 is meant to be decentralized, those who build it should also be decentralized. In other words, no single company or entity should have a major influence during its crucial decision-making moments. He’s definitely right, isn’t he?

Exclusivity at best, hypocrisy at worst

We thought Dorsey would drop the topic, but he didn’t. A few days ago he tweeted “centralization generates a different centralization», Which is obviously aimed again at Web 3.0 investors.

This time, however, there were an overwhelming number of people who disagreed with him. Given that Dorsey is seen as a Bitcoin maximalist, many have pointed out that Bitcoin is prone to decentralization as the hash rate of the network is heavily affected by miners. Indeed, if the majority of Bitcoin miners suddenly decide to no longer support blockchain, the entire network will collapse.

But that’s just the tip of the iceberg. For all its value, Bitcoin is relatively more decentralized than other blockchains, including those that use Proof-of-Stake (PoS) and Delegated Proof-of-Stake (DPoS). Decentralization is obviously the compromise for better scalability.

Many Bitcoin maximalists do not approve of how other blockchains work, a tone similar to the Slytherins who disapprove of teaching magic to non-magical families in the hit Harry Potter fictional series. They believe that Bitcoin should be the ultimate blockchain because it holds the ideal of decentralization in the highest esteem.

This would also pose another problem. If that were to happen, then Bitcoin would become extremely expensive. And with only 21 million bitcoins in maximum reserve, those with the most bitcoins will surely have a greater influence than others in many ways.

The point is, Bitcoin, in its current form, cannot support the rest of the world in terms of processing transactions. There have been many efforts that turn out to be similar to the Lightning Network, which helps provide scalability, and the Taproot upgrade, which now allows Bitcoin to host smart contracts, thus enabling the creation of decentralized applications (DApps). However, Lightning Network has yet to be stress tested with millions of concurrent transactions. Additionally, most DApps are still hosted by Ethereum and other alternatives such as Solana and Avalanche.

If Bitcoin maximalists keep berating other blockchains, then they would appear exclusive at best and hypocritical at worst simply because what they are offering is too perfect and will only happen in an ideal blockchain world. And isn’t this what prompted other great leaders like Vitalik Buterin to think of alternatives like Ethereum?

The fog must clear

If Bitcoin could process at least tens of thousands of transactions per second while still allowing developers to easily create smart contracts before the birth of Ethereum, then there would never be any issues with Web 3.0 just yet. But we are already here, and many blockchains have already achieved great feats. Should we just throw them in the trash and obey Bitcoin’s maximalists without any questions? If this is not another form of centralization, then what is it?

But one thing is certain: we will not achieve true centralization of the Internet if we follow only a small group of people. Let everyone create their own version of Web 3.0 and let the rest of the world choose which iteration they adopt.

We are not there yet and we may be miles away. But for now, the best thing to do is build. Eventually, the fog will clear.

Yout’s attempt to legitimize Stream-Ripping is a “pun” * TorrentFreak