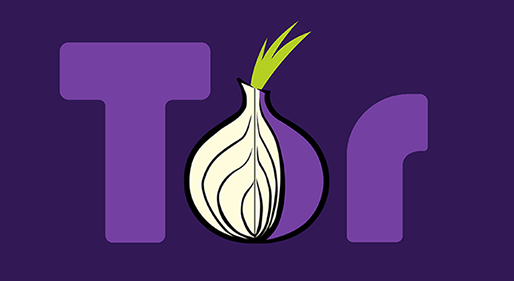 After taking steps to block access to the Tor network, Russian authorities last month ordered the blocking of TorProject.org, the main domain of privacy-focused anti-censorship tool Tor. With the help of digital rights activists at Roskomsvoboda, Tor has now launched legal action to have the block overturned.

In order to control what its citizens can access on the internet, Russian authorities have stepped up blocking and censorship efforts in recent years.

Some initiatives, such as blocking websites and URLs to reduce copyright infringement, are commonplace outside of Russia, but local authorities have also started defining additional content categories, including certain political dissent, as illegal. As a result, not only is this content blocked by ISPs, but those who provide the means to unblock it may also find themselves on the wrong side of the law.

This drew some VPN providers into the debate and after they failed to comply, Russia blocked them too, with the inevitable fallout and collateral damage.

Tor becomes the next “logical” target

The efforts don’t seem to affect the whole of Russia, but many ISPs have been affected. Soon after, Russian politicians began to openly criticize Tor as a tool for criminals, with one going so far as to call it “absolute evil”. Shortly after, problems hit the core area of ​​the Tor project.

Since then, Tor proponents have worked to mitigate blocking measures, which include attacks on Tor bridges or relays that are not listed in the public Tor directory.

This cat-and-mouse game could go on forever, so in the meantime, the Tor Project has decided to take legal action in Russia to challenge the blockade.

In partnership with digital rights activists from Roskomsvoboda, an organization that champions privacy, anonymity, freedom of information, and prohibition of censorship, on January 11, 2022, The Tor Project, Inc. filed a appeal to the Saratov District Court against Russia’s blocking measures.

Roskomsvoboda believes that the Court acted illegally and the order should be revoked.

According to the digital freedoms group, the court’s decision should be overturned on the grounds that it violates the constitutional right to freely provide, receive and disseminate information and to protect privacy. The blocking decision was also made without the participation of Tor representatives, which violated their procedural rights and the fairness of the process.

“The court’s decision is contrary to law and established practice. According to the position of the Supreme Court, any decision taken without the participation of the owner of the site is unfair and violates the rights of this owner,” said the legal representative of Roskomsvoboda, Sarkis Darbinyan.

“Furthermore, we have the decision of the ECHR [European Court of Human Rights] in Engels v. Russia, which states that blocking a network technical tool is no different from trying to restrict access to printers and photocopiers, since they can also be used to reproduce extremist materials.

Tor Project Executive Director Isabela Bageros hopes the process in Russia, which began with the filing of an appeal on January 11, 2022, will lead to a positive outcome for both Tor and Russian internet users.

“With the help of Roskomsvoboda lawyers Sarkis Darbinyan and Ekaterina Abashina, we will appeal the court’s decision and hope to correct this situation and help set a precedent for digital rights protection in Russia,” Bageros said.

Separately, Russian telecommunications watchdog Roscomnadzor, which oversees blocking in Russia, sent a complaint to YouTube this week asking for the restoration of two channels operated by a music group and a local radio station that were suspended by YouTube due to copyright infringement complaints.

“Roscomnadzor believes that such actions by the YouTube Video Hosting Administration violate key principles of free distribution of information, unhindered access to it and constitute an act of censorship, which is prohibited by the Russian Constitution,” the watchdog said. .

The joint Tor/Roskomsvoboda campaign website can be found here