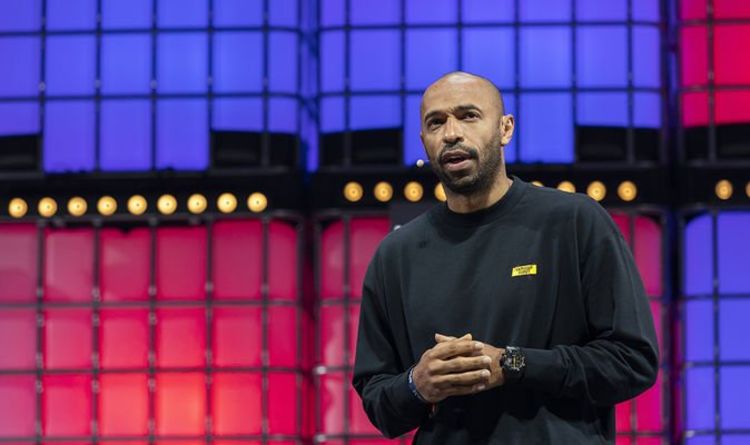 The former footballer, 44, led a boycott of messaging platforms last summer. He said at an international web conference that “be authentic [and] nice does not generate money “.

The comments from the former Arsenal and France striker echo the Daily Express’s Unmask The Online Trolls crusade, which campaigns to eliminate vicious and cowardly attackers from the internet.

He said tech giants ignored his protests against racism and bullying until thousands of fans joined in his boycott of the sites.

Henry, who is now an assistant coach of the Belgian national team, explained: “They didn’t want to talk. But when the boycott took place, they wanted to talk to me.”

He told the Web Summit in Lisbon that he decided to act after witnessing racist abuse online directed against football stars in England.

“I was like, ‘What can I do to help? Can I do something to make an impact? Maybe if I walk away from it, I can be the voice of a lot of people who are suffering. ‘The star said after taking a stand he was called to meetings with business and MPs as the issue was in the Queen’s speech.

Condemning a lack of awareness at the heart of social media companies, he added, “If it doesn’t impact their pocket, they don’t act quickly.”

Henry noted that bosses “are not clear on what can be done” to ensure that all social media users are operating from verified and easily traceable accounts in an attempt to eliminate anonymous attackers. He added, “We need to come together to make sure these people can legislate a law that will hold these platforms accountable. “