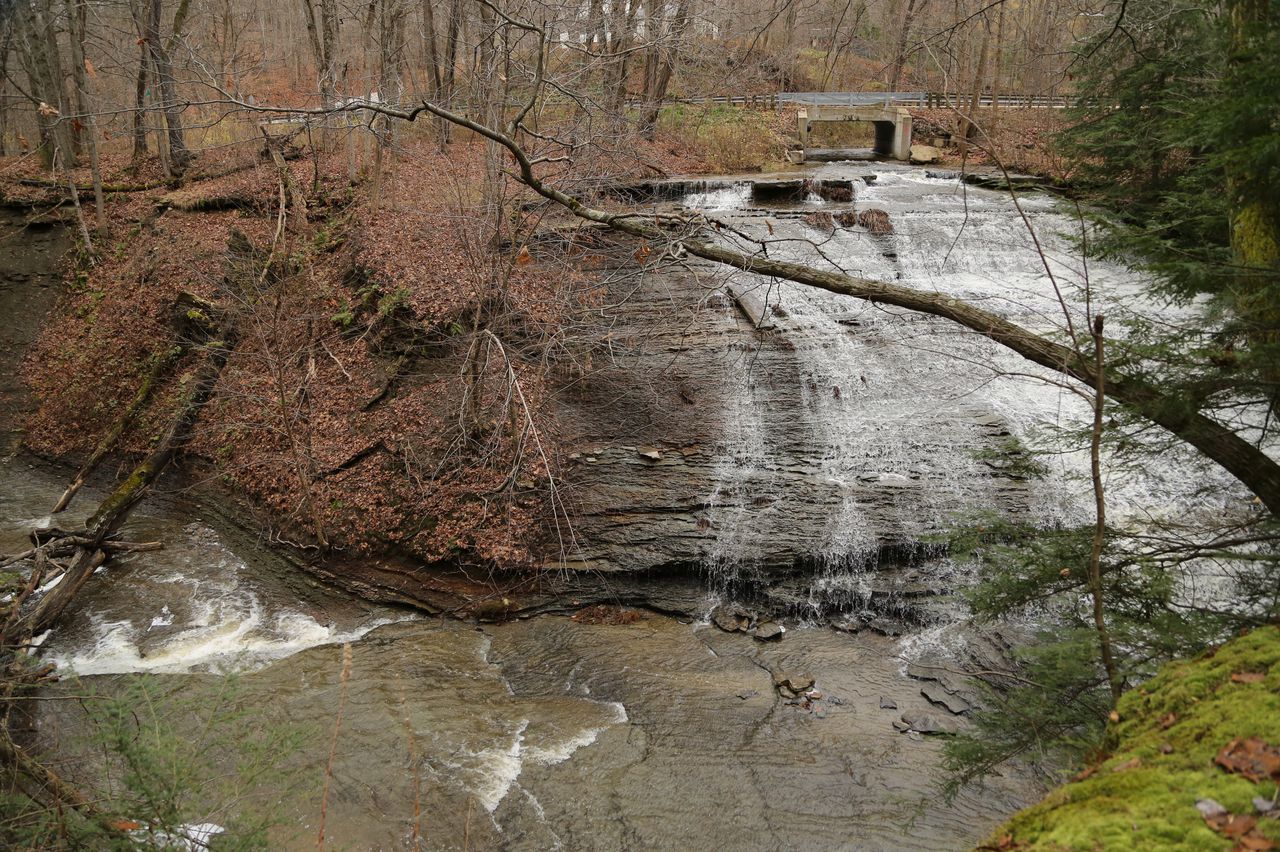 CONNEAUT, Ohio — The Cleveland Museum of Natural History is purchasing a 14.5-acre tract in Ashtabula County that features stunning waterfalls and a creek renowned for its biodiversity.

Over the years, the museum has acquired several dozen natural areas in northern Ohio with the primary goal of protecting them from pollution and encroachment.

This most recent contribution to that effort includes an upland forest that harbors steep ravines, one of which channels a section of Bear Creek, a meandering creek that empties into Conneaut Creek near the State Road Covered Bridge.

The soon-to-be-acquired land sits downstream from two other plots along Bear Creek that the museum already owns and collectively calls Floyd Preserve.

“The idea is to protect as much of Bear Creek as possible,” said Garrett Ormiston, preservation operations manager for the 66 natural areas the museum owns or manages in northern Ohio.

It’s also a small step toward a much larger goal of protecting the health of Lake Erie. Conneaut Creek, a popular destination for rainbow trout anglers, empties into the lake.

“This is a step towards ensuring long-term water quality for our water source,” said Gavin Svenson, scientific director of the Natural History Museum.

The topography of the newly acquired parcel rivals that of public natural sites in northeast Ohio, including Buttermilk Falls in Cleveland Metroparks’ North Chagrin Preserve.

An impressive waterfall emerges dramatically after passing Bear Creek under State Road. The creek cascades down a washboard-shaped shale slope before making a sharp right turn at the base of the falls and passing under a shale cliff.

The falls can be a trickle or a torrent depending on the time of year. Judy Smith, owner of the nearby Bear Creek Bed and Breakfast, said she saw the creek flow near the top of the bridge before plunging into the falls, “and it’s just an amazing site.” The falls, which will remain on private property after the sale, are easily visible from the bridge and a short walk from State Road.

But equally impressive is what lies in the water.

Bear Creek is very clean with little to no agricultural runoff upstream, Ormiston said. As a result, the creek has a considerable diversity of aquatic life which includes redside dace, a colorful minnow with a red bar along its side.

Rob Huffman, Judy Smith’s son and fly-fishing guide who grew up along Bear Creek, described the Redside Dace as looking like “something out of the jungle.”

The streams that feed Bear Creek are also home to a variety of salamanders, including northern slimy, Allegheny Mountain dusky, northern dusky and northern two-lined varieties, Ormiston said, which, like redside dace, are indicators of good health. water quality.

“Salamanders and amphibians in general are really the canaries in a coal mine” when it comes to stream health, Ormiston said.

A second unnamed stream running through the plot includes an even taller waterfall, but accessing it requires a deeper hike through private woods. In fact, Huffman, when asked about the falls, said he didn’t know he was there.

Another prominent feature of the property are the green needle hemlocks, which stand out even more in winter when the leaves have fallen from the oaks and other deciduous trees in the forest. Many trees are perched on the edge of the cliffs or at odd angles.

In one case, the exposed roots of a hemlock descend from the top of a shale cliff with the bent trunk of the tree curving like a banana above Bear Creek.

“One day it’s probably doomed,” Ormiston said of the tree, “but for now it’s holding its own.”

Walking through the plot, one encounters a variety of oddities, including striped maples. Striped maple grows as a weed in Pennsylvania but only spreads to three townships in Ohio, Ormiston said.

Also seen are ferns, both the evergreen wood and Christmas species, and a delicate little plant called ground pine that pierces through the tangled leaves that cover the forest floor.

During a recent visit to the site, Ormiston pointed out a stand of hemlocks that would be an ideal meeting place for owls as the needles provide year-round cover from their predators, such as eagles. Without the leaves covering the ground, one could look down and find “owl pellets,” he said, which are compactions of mouse bones and fur coughed up or defecated by raptors.

“They digest meat,” Ormiston said, but have no use for the rest of the rodent.

While the museum has reached an agreement to purchase the 14.5-acre parcel from its owner, an Arkansas woman who inherited the property from her uncle, the deal had yet to be finalized as of mid -November, according to Ormiston, but he expected it. arrive any day.

The $70,000 purchase is funded by the Water Resources Restoration Sponsorship Program, which is administered by the Ohio Environmental Protection Agency.

The program allows municipal organizations — in this case the Northeast Ohio Regional Sewer District — to have a portion of the interest they pay on state loans from the Water Control Loan Fund. Ohio EPA water pollution redirected to conservation projects.

Like most of the museum’s natural areas, the newly acquired Bear Creek property is not open to the public, and it’s unclear whether that status will ever change – other than through guided field tours – as the The main goal is to protect the ecology from being degraded, Svenson said.

That makes a lot of sense to someone like Huffman, who lives on Lake Erie tributaries from west of Cleveland to Erie, Pennsylvania, and believes it’s of utmost importance to keep their watersheds healthy. .