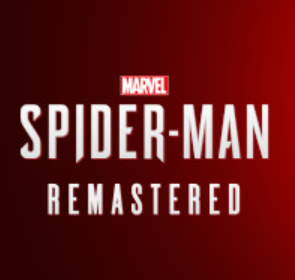 Spider-Man Remastered launched last Friday to decent reviews, but gamers in Russia are having trouble buying on Steam. A local online store managed to get Steam activation keys but ran out, despite selling them for close to the highest price in the world. At the moment, Russians can either wait for new stocks or enjoy cracking the game from day one.

Following Russia’s invasion of Ukraine in February, life in both countries has changed. As Ukrainians struggle to survive, Russian citizens are feeling the effects of sanctions and other restrictions.

Russian authorities are downplaying the effect of the West’s efforts, but even humble video gamers know things aren’t the same. Among the thousands of companies that stopped serving Russia in March, many focus on the development and distribution of video games.

On Steam, for example, buying certain games is at best problematic and at worst a headache for Russians, especially when it comes to payment options. Some publishers no longer allow their content to be purchased from Russia at all, so when new games come out – especially good ones like Spider-Man Remastered – there are hurdles to overcome.

PC gamers have been waiting for Marvel’s Spider-Man Remastered for some time and when it released last Friday, there were few disappointments. Published by Sony’s PlayStation Studios, the game apparently lives up to the hype, but accessing the game on Steam is a game in itself for Russians, but not impossible.

On the day of the release, online store Buka posted a message on VK.com announcing that Russians could buy the game directly from them. As the first comment shows, users wondered if they would need to go on an adventure to make the game work, but apparently it’s not too difficult.

Buka’s claim that they are selling the game needs to be clarified because what they are actually selling are activation keys for the game on Steam. All key purchasers will need to download and install the game using Steam itself and then provide their key to be activated by the platform.

The process is not uncommon. Many Steam users purchase keys from third-party platforms for a variety of reasons, including getting cheaper prices reserved for other markets. Some key vendors are completely legitimate, but others have been called out by video game companies for obtaining keys through questionable means or for helping users access prizes unavailable at home.

There is no indication that the keys sold by Buka were obtained illegally, but licensing can be extremely complicated. The claim that regions need to be changed suggests that the game is not available in Russia by design, most likely related to sanctions and licensing. In short, the game could be played through Steam, but whether it does so under license is up for debate.

Nevertheless, many Russians are not affected and are even willing to pay much more than the prices they previously enjoyed compared to most of the rest of the world.

Russians happy to pay to play

Considering that international Steam users have already tried to use the low Russian prices to get a bargain, the current situation with Spider-Man Remastered represents a big change. Steam lists pricing in Russia as “not available”, but Buka’s price for an activation key is 3,999 rubles or $64.29. That’s more than the applicable sales of $59.99 in the United States.

The origin of the keys is not mentioned by the retailer, but the availability is listed as Ukraine, Russia, Georgia, Turkmenistan, Azerbaijan, Armenia, Kazakhstan, Kyrgyzstan, Moldova, Tajikistan, Uzbekistan and Belarus.

According to the prices listed today on SteamDB, Ukrainians pay only $37.88 to enjoy Spider-Man Remastered directly on Steam and the platform will not run out of copies no matter how many people order. . Buka, on the other hand, is completely exhausted, which means that the Russians will now have to wait for new supplies.

There are other options, of course.

Spider-Man Remastered was hacked on day one

Despite some unsubstantiated rumors claiming that Spider-Man Remastered would arrive with Denuvo protection, that didn’t turn out to be the case. Reports suggest that the game’s minimum protections were removed within minutes, with pirated copies appearing online before Steam users even received notifications that it was available for purchase.

While pirated copies will remain attractive when legal copies are unavailable, reports out of Russia suggest plans to circumvent sanctions are in full swing. Some estimates suggest that the activities of gray market entrepreneurs in the video game market could have increased by 50% since the imposition of the sanctions.

Faced with issues with payment processing and then game publishers refusing to supply Russia, online marketplaces are now serving ads for Steam accounts created outside of Russia that come preloaded with games. Other services claim they can buy games on Steam that aren’t available in Russia and then transfer those games to customers using Steam’s gift system.

Another popular program that is gaining momentum involves middlemen opening PlayStation Store accounts in Turkey and then using those accounts to buy the cheap games available there. These are then sold in Russia at exorbitant prices, bringing good profits to the intermediaries.

It’s unclear how long this will continue, but both systems are vulnerable to shutdown, if online services have the will to shut them down.