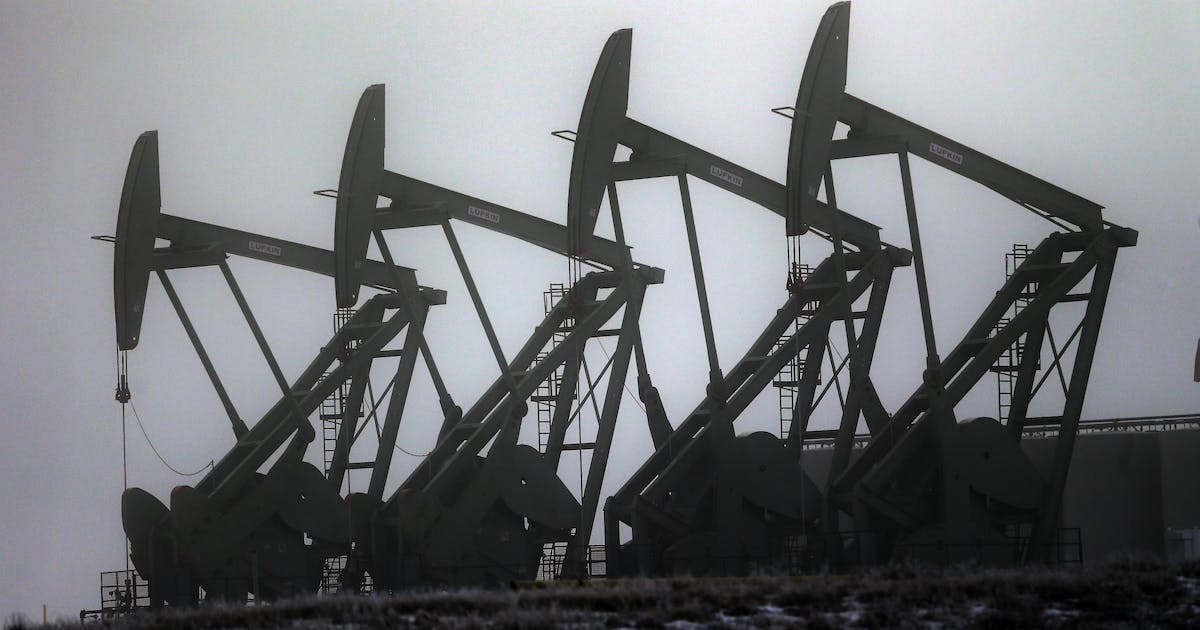 North Dakota’s oil production unexpectedly fell 2.5% in July due to a shortage of new wells coming on stream.

“It was a surprise to me and my staff,” Lynn Helms, director of mineral resources for North Dakota, told reporters Thursday. “We expected a slight increase.”

North Dakota, the nation’s third-largest oil-producing state, pumped 1.07 million barrels a day in July, up from 1.1 million the previous month. However, natural gas production increased by 1.3% to reach 3.1 million Mcf. (One MCF is 1,000 cubic feet of natural gas.)

Helms said the drop in oil resulted from “very low well completions” in June. The number of completed wells jumped in late July, but not enough to bring production back to expected levels, he said.

North Dakota’s rig count — a harbinger of future production — currently stands at 45, down one from August and even July.

“The number of rigs basically stopped in the mid-1940s,” Helms said. “We just can’t attract the skilled labor we need to drill more wells and deploy more frac crews.”

North Dakota’s gas production has increased – even as oil has fallen – as the gas-to-oil ratio from wells continues to rise. As oil fields age, this ratio increases.

The state set a volume record in July for natural gas that was “captured” and sold. Gas that is not captured is flared, a process that wastes resources and emits carbon dioxide.

North Dakota oilfield operators captured 94% of all gas produced in July; only 6% was flared. The state has had a historically high gas capture rate of 93% to 94% over the past 10 months.

Donald Trump confesses to crimes and predicts riots in the streets if charged. Its good.