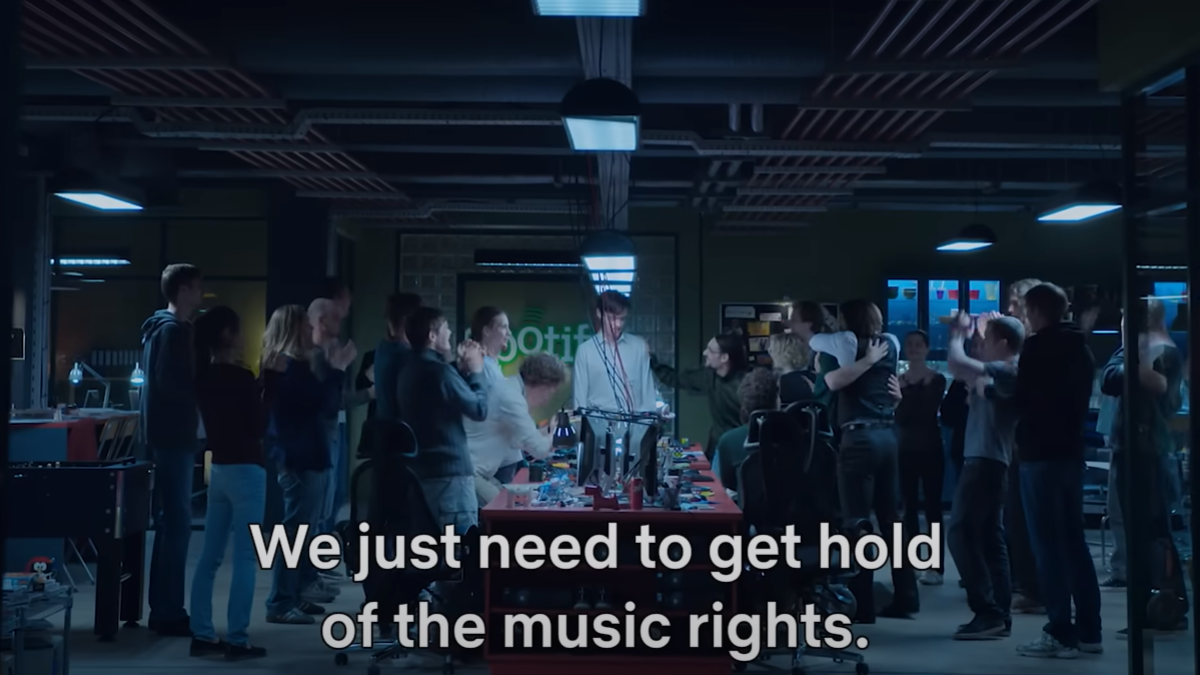 Netflix has released the first trailer for its fictional Spotify series titled “The Playlist”.

The series seems to be inspired by The social network with a fictional account by Spotify founder Daniel Ek. The story follows Ek’s journey to transform music piracy into music streaming, helping to reshape the entire music industry.

“The Playlist” is a six-episode miniseries that will debut October 13 on Netflix. Netflix director Per-Olav Sørensen helmed the project, while Christian Spurrier wrote the series. What the trailer doesn’t really explore are the consequences of Spotify and their impact on artists’ bottom lines.

There is very little talk of unpaid royalties or artists who are unhappy with their piece of the pie. He also takes some liberties with the reality of music streaming at the time. He describes Spotify as the service that revolutionized music streaming, but RealPlayer’s Rhapsody existed long before Spotify.

The two-minute trailer is set to the tune of Swedish DJ Avicii’s “Levels” and shows off Spotify’s early startup culture. According to Netflix, “it’s a story about how hard beliefs, relentless willpower, access, and big dreams can help little players challenge the status quo by changing the way we can all listen to music. music”.

‘The Playlist’ is inspired by the book Spotify Unspeakables by Swedish business journalists Sven Carlsson and Johnas Leijohnhufvud. Edvin Endre stars as Daniel Ek, who invented Spotify in 2002 to compete with peer-to-peer music sharing platforms like KaZaa and torrent sites like The Pirate Bay.

“‘The Playlist’ is above all a story of music”, explains director Per-Olav Sørensen. “Representing in fiction how Spotify changed the music industry is impossible without the artists’ perspective, and our character Bobbie T represents their voices in this story.”

After a devastating hurricane, here’s how to get help, stay safe and protect your mental health in the weeks ahead