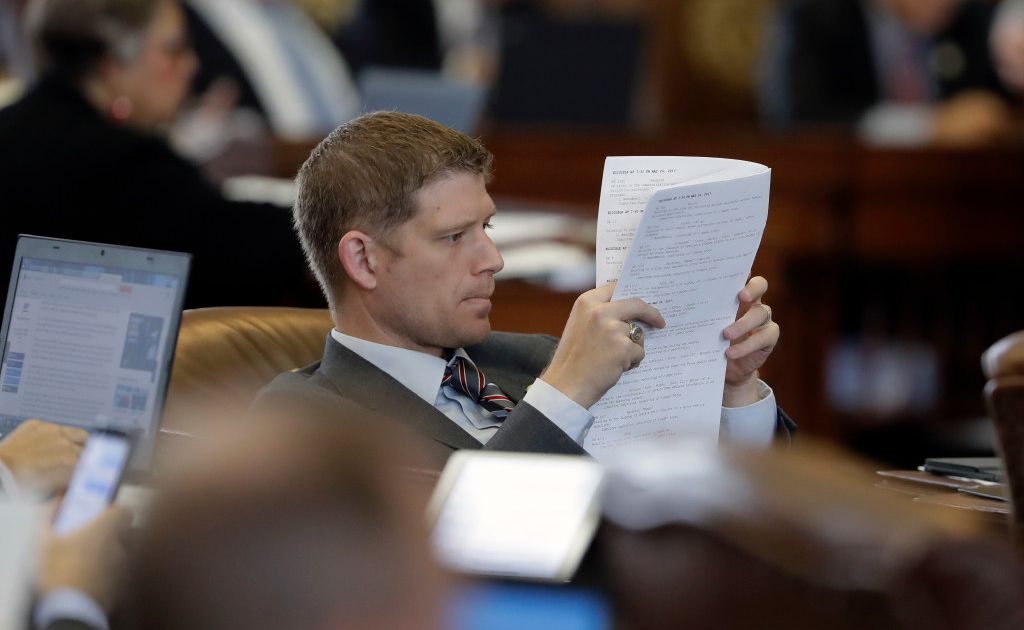 This front-page article describing the effort of a State of Texas official in search of books in public schools that he considers pernicious is more than baffling. Its prey ? These books which “could make the pupils feel discomfort, guilt, anguish or any other form of psychological distress”.

This lone wolf scavenger hunt is being led by Representative Matt Krause, R-Fort Worth, apparently in his role as the unnamed chairman of the Texas House Committee on General Investigations. Certainly, the Texas House of Representatives can do better than that for a committee title. Oh, try this for size: House Committee on Non-Republican Activities.

I hate to tell Rep. Matt Krause, but the best way to get a teenager to read a book is to ban it. I also have other prime words for him, but I’ll bite my tongue for now.

Moving away from democracy: see how easily we can sink into the abyss? Persist in attacking the validity of an election with vitriol but without applicable facts and some will be recruited, while many simply dismiss the effort as typical political rhetoric. When that does not move the needle, attack the electoral process itself, making it difficult for those who do not accept certain points of view to express theirs. Political opportunity will facilitate the path. Attack a previously inviolate government hall.

If you fail to burn it, then at least damage it to the point that it is no longer seen as an open forum for free expression. Slow, selective and immeasurable pursuits will be worth it. Intelligently construct laws to make those who hold opposing social views guilty of a crime and / or liable to civil penalties.

Putting in place a moral facade, however inconsistent, will pave the way. Further attack democratic principles by imitating European history from the 1920s-30s and, as representative Matt Krause does, by eliminating libraries of harmful works (what were then called “degenerative”).

Without firm backs, straight in vigorous opposition, there is no limit to how low we can be.

GOP Representative Matt Krause demands to know where certain books are in the Texas school library system and how much has been spent on them. I would suggest he go to a library and check out Ray Bradbury’s Fahrenheit 451. He could learn something.

I was expecting a torrent of opinions on this from our readers, but so far not much feedback. Can I be the first?

Lieutenant Governor Dan Patrick offered a bounty of $ 25,000 to anyone who discovered evidence of electoral fraud. Anyone from anywhere is eligible. Well, it works. And the very first is a gentleman, Eric Frank from Pennsylvania. He became the hero of the day when he exposed a rascal with the malicious intent to commit this heinous fraud.

Oh, and I forgot to mention – the author is a Republican voter. Talk about egg on the face. Everyone who has promoted the lie of the existence of widespread electoral fraud, from the former president to modest voters, has been Republicans so self-confident that the evil Democrats were at the heart of this non-existent conspiracy.

But as fate would have it, the very first to be discovered was a Republican. Isn’t it too late for our Texas lawmakers to give up their pipe chase and focus on working for the people? Enough is enough.

Re: “Wait, did this really happen?” by Mary Pritchard, Monday Letters.

On the same day that House Bill 20 was questioned in a letter from a reader as “a shock,” two more entries in The morning news from Dallas could be noted. First, “the legislator’s account suspended by Twitter”. If Indiana Representative Jim Banks were a resident of Texas, HB 20 would protect his free speech rights and his comments regarding US Public Health Service Commissioned Corps Four-Star Admiral Dr. Rachel Levine.

In summary, Banks refers to Levine as a man while Levine identifies as a woman, so Twitter suspended Banks’ account. This begs the question, do we have the right to freedom of expression, or only on certain platforms?

A second poignant comment on the use of social media comes from acclaimed writer and illustrator Stephan Pastis, author of the thought-provoking comic Pearls before pork. In Monday’s strip, Rat draws an ascending graph of the world’s progress from humans walking upright, through the first use of tools, to the use of electricity. The graph collapses when it comes to the rise of social media.

Well done, Mr. Pastis. What if we looked at it that way? Maybe it comes down to what’s in the minds and hearts of each of us. Maybe it’s time to be quiet and to know.

During the pandemic, many responsible churches closed their doors and served their congregations by going online and avoiding crowds. They prevented turning church attendance into a spreading event. I believe these actions have saved many lives and in no way impacted their congregation’s ability to worship. I don’t see the need for Proposition 3 at all and allowing anyone to opt out of a law that binds us all puts us above the law – an extraordinarily bad idea.

Limiting a contribution to $ 100 per valid registered voter to a candidate for public office would help put this country back on track as a true democracy. Today, too many of our politicians are “bought and paid” and respond only to large and extremely important financial contributors.

Click on here send a letter to the editor. Make sure to include the sources.

How to use a VPN to gamble