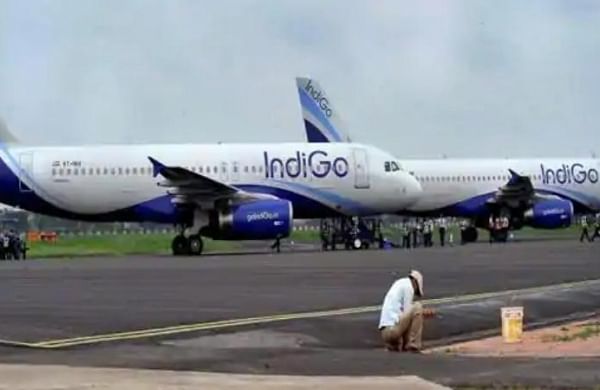 BENGALURU: A torrent of anger and sarcasm at Indigo airline has been unleashed online since Thursday afternoon following a reporter tweet about an elderly couple in tears at the Mohali airport in Chandigarh when they were forced to buy their seats at Rs 750 each under mandatory web control -payment of entry and luggage. While not tagged, Civil Aviation Minister Jyotiraditya M. Scindia responded to Rohan Dua’s tweeter saying he would certainly look into the matter.

When asked if the couple had requested special seats like the front row seats, Dua added that they were charged for “normal seats, made from online check-in.”

Although Indigo later clarified in a tweet that the couple were charged for 7kg of excess baggage and Rs 1,000 as a handling fee for an additional check-in bag, the issue simply refused to subside. The airline’s statement made no mention of seating charges.

Indigo charges a passenger Rs 200 for printing a boarding pass and the same as the facilitation fee for domestic passengers if check-in is done at the airport instead of online check-in. This has been in place since October 17, 2020, a spokesperson for Indigo said.

Among those who expressed dissatisfaction with the various charges Indigo levied for its services was Bangalore-based businessman Prashanth George Verghese, a frequent domestic and international traveler. â€œIt’s really ridiculous. No airline in the world charges you a fee for airport check-in. I remember paying 200 rupees at the Indigo counter at Bengaluru airport twice this year for the same one, one was as recent as August when I was supposed to go to Trivandrum. However, the same fees were not applied for check-in at Trivandrum Airport, presumably because of concerns that customers will not tolerate it.

The boarding pass issue sparked a lot of sarcasm. A tweet from the Caustic News handle asked Indigo this question about the pass: “Do you print, laminate then frame and give it to passengers?”

Another handful @Cawnporiahha pointed out that the electronic boarding pass is not accepted by security at some airports and Indigo is asking travelers to pay Rs 200 to get the physical card.

Tweeter Sharma Rohitraj predicted: â€œIn the future, there will be a card passage at the bathroom door. If you want to go on the first try, Rs 100 per use â€, while a person called Grumpy granny tweeted thus: Airlines charge a convenience fee if I book on their webpage, using my data, sitting at home ? What for?â€¦ The convenience would have been if they had come to my house, had booked the ticket.

Supervisory board unhappy that Facebook hid the way it manages VIP accounts, says it will overhaul ‘XCheck’ system