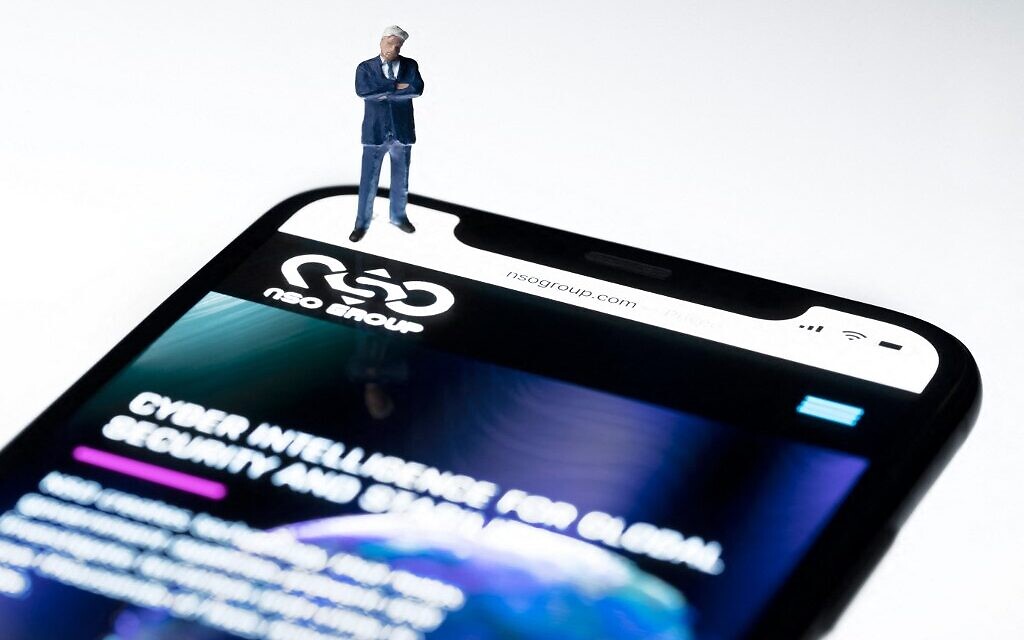 Several journalists and two other people in Hungary who were allegedly the targets of spyware made by the NSO Group will take legal action against the Hungarian state and the Israeli cybertech company, the rights group representing them said on Friday. .

According to an investigation by a global media consortium published last year, NSO Group’s Pegasus software was used in Hungary to infiltrate the digital devices of various targets, including at least 10 lawyers, an opposition politician and several journalists critical of the government.

Subsequent investigations by Hungarian investigative journalists suggested that at least two government-critical media editors as well as a former state secretary were also targeted by the software.

In November, a senior member of Hungary’s ruling party acknowledged that the government had used Pegasus, but insisted it had done so legally and under proper supervision.

The Hungarian Civil Liberties Union (HCLU) said it would file domestic and foreign lawsuits on behalf of four journalists, a student activist and a sixth person who asked to remain anonymous.

“The organization aims to expose the practice of illegal secret surveillance, to have international bodies declare that Hungarian regulations on the collection of secret information violate fundamental rights, and to prevent politically motivated abuses,” HCLU said in a statement. A declaration on its website.

The group added that it was taking “all possible legal means” in Hungary, including filing complaints with ministers who oversee the secret services, filing access to information requests and taking cases to court.

“They should have known from the start that the situation in Hungary is deteriorating, and that targeting the press is a core activity of the Orban regime,” Mack told the Guardian.

Mack added that he wants the NSO Group and those who authorized the export of Pegasus to Hungary to be charged under wiretapping and privacy laws.

NSO Group, which has insisted its software is intended for use only in the fight against terrorism and other crimes, did not comment on HCLU’s announcement.

In this Tuesday, Aug. 24, 2021, file photo, a logo adorns a wall on a branch of the Israeli company NSO Group, near the town of Sapir in southern Israel. (AP Photo/Sebastian Scheiner)

Pegasus is considered one of the most powerful cyber surveillance tools available on the market, giving operators the ability to effectively take full control of a target’s phone, download all device data, or activate its camera or microphone without the knowledge of the user.

The NSO Group has been embroiled in numerous scandals in recent years and has faced a torrent of international criticism over allegations that it helps governments, including dictatorships and authoritarian regimes, spy on dissidents and activists in the rights. In November, the US Department of Commerce blacklisted NSO Group, adding it to the list of foreign companies that engage in malicious cyber activities.

Last week, articles in the Calcalist business daily said Israeli police used spyware from the NSO group to track Israeli civilians, including activists and mayors, without any judicial oversight.

The allegations sparked outrage from the public and lawmakers, and Attorney General Avichai Mandelblit launched an investigation. Police did not deny using NSO Group’s technology, but said they did not break any laws.

Agencies contributed to this report.

During a global pandemic, a small country produces research that helps guide health policy around the world. How effective are COVID-19 vaccines? After the first two injections, does a third dose help? What about a fourth?

When The Times of Israel began covering COVID-19, we had no idea our little beat would become such a central part of world history. Who could have known that Israel would be the first at almost every step in the history of vaccination – and generate the research so urgently needed today?

Our team covered this story with the rigor and precision that characterizes Times of Israel reporting on all topics. If it is important to you that this type of media organization exists and thrives, I urge you to support our work. Will you join the Times of Israel community today?

We’re really glad you read X Articles from The Times of Israel over the past month.

So now we have a request. Unlike other media, we don’t have a paywall in place. But since the journalism we do is expensive, we invite readers to whom The Times of Israel has become important to support our work by joining The Times of Israel community.

For just $6 a month, you can help support our quality journalism while benefiting from The Times of Israel WITHOUT ADVERTISING, as well as access to exclusive content available only to members of the Times of Israel community.