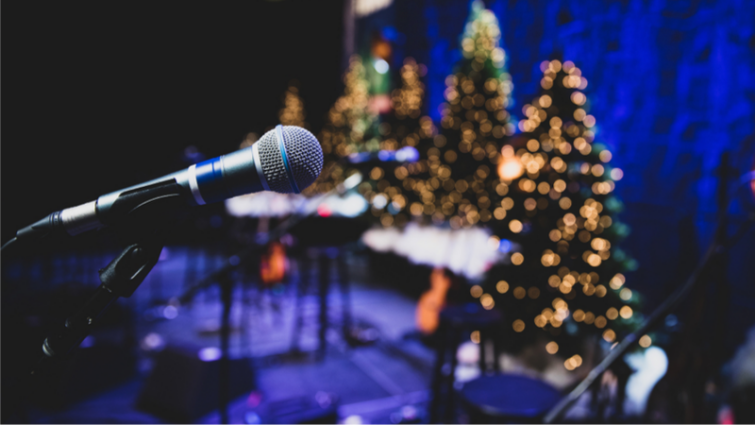 Saturday Night Live is one of the longest running sketch shows on American television. In this guide, I’ll show you how to watch the SNL Christmas special.

It’s a cornerstone of comedy history, having served as a springboard for the career of many famous comedians, including Will Ferrell, Eddie Murphy, Adam Sandler, Bill Murray, Mike Myers, and many more household names. The celebrity-hosted show has been running since 1975 and its influence on American culture cannot be overstated. Remember Blues Brothers? Wayne’s World? A Night at the Roxbury? All of these classic films started as SNL sketches before taking on a life of their own. Catching up with over thirty years of weekly television isn’t easy, but SNL’s Christmas Special is a great place to start! It’s a celebration of everything Christmassy SNL has ever filmed, consisting of over two hours of holiday-themed sketches from the archives.

How to watch The Saturday Night Live Holiday Special

To unblock Saturday Night Live, if it isn’t available in your location, simply follow the steps below:

Where To Watch The SNL Christmas Special

SNL broadcasts every Saturday at 11:30PM EST on NBC across the entirety of America. If you’re living in America and have a cable subscription with the NBC channel included, you’re all set!

If you’re living outside of The USA or and you want to stream the holiday special, you can do so via The NBC website or PeacockTV.

The best way to unblock Saturday Night Live is to stream it on the NBC website. They offer a free service which is great, you just need to create an NBC account. You can sign to NBC with a Google account, Facebook account, your Apple ID, or your email. You won’t be asked to input any credit card details.

When you sign up, you get three free credits to use each month to stream content meant for premium users. This means that you can use them to stream the holiday special as soon as it goes on the NBC website. If you run out of free credits you will have to wait a week before you can stream the episode for free.

TV shows that debut on NBC are added for PeacockTV so subscribers to view later, often the next day. PeacockTV Premium is included in some provider packages (including Xfinity, Cox, and Spectrum) but Peacock’s free tier is open to anyone with a US IP. If you’re streaming from the UK or Ireland, you can use a Sky or NowTV subscription to stream from Peacock as well. Otherwise, you’re going to need a VPN to bypass the geo-restrictions in place.

If you miss the SNL Christmas Special, you can catch up on Peacock Premium the following day, or on Peacock Free a week later.

Signing up to Peacock’s Free tier gives you access to a wide range of TV series and movies from across NBC Universal’s catalogue. Upgrading to the paid Premium package unlocks all content across Peacock, including access to live sports, the WWE Network, full seasons for NBC shows, as well as next-day access to current NBC television programming. These packages are supported by advertising, whereas the more expensive Premium Plus package promises an ad-minimal experience and lets you select offline titles to download and watch on mobile.

What are the best VPNs for unblocking the SNL Christmas Special?

Whichever way you choose to watch the SNL Christmas special, a reliable VPN service is a necessity unless you live in the US. Any of the providers listed below will allow you to circumnavigate this requirement with ease, allowing you to focus on choosing what you want to watch from NBC or Peacock’s huge content library.

ExpressVPN unblocks Peacock with ease – letting you watch the SNL Christmas Special and a great deal more, all in 4K. Offering 94 different countries to choose from, including the US, Express lets you watch the Christmas Special from anywhere in total privacy. If you want total peace-of-mind about your security while you watch, ExpressVPN has you covered: DNS leak protection, an in-app kill-switch, obfuscated (stealth) servers, OpenVPN, and an audited no-logs guarantee mean you are always protected. Add to that a one-click connect functionality, and Express is an easy-to-use VPN that’s great for beginners.

Additionally, ExpressVPN blows nearly all of its competition out of the water in terms of sheer speed. ExpressVPN easily copes with even the most extreme streaming demands, but if you’d like the exact numbers, you can check out our VPN speed testing tool. Why not give Express a spin, and take advantage of its 30-day Money-back guarantee so you can see how it compares to our other leading providers, all without losing a penny.

NordVPN is another provider with serious streaming capability, perfect for watching content through Peacock. Combining high-speed servers with a massive range of countries to connect to (including ten different locations in the US alone), Nord will stream anything you want from Peacock without a problem.

Nord offers both speed, and security

Nord offers a catalog of features, including its ad and malware blocking function, which turns the VPN into a full security suite. On top of that, you can even use its split-tunneling feature to watch the SNL Christmas Special abroad, while still accessing your local online banking. You can browse and stream with no security concerns, while still enjoying a high-speed connection, and Nord’s 30-day Money-back guarantee lets you see the quality for yourself with no financial risk.

CyberGhost VPN is a popular choice in the VPN industry and regularly receives glowing user reviews online. It hosts a variety of geo-located servers that let you watch the SNL Christmas Special from all over the world – including North America, which offers over a thousand different servers to choose from.

CyberGhost offers ad and malware blocking for users, letting you further protect your online activities while you watch your favorite shows this Christmas. The service even boasts a massive 45-day money-back guarantee, so you can put it through its paces and see how it compares to the other providers on our list.

Private Internet Access (PIA) is known for providing access to geo-blocked streams where other VPN companies simply do not. A massive collection of servers and simple apps means watching Peacock TV with PIA could not be simpler: just pick the country you want to connect to and start tuning in to your favorite shows.

Unlike most other VPN providers, PIA can say that its no-logging policy isn’t just fighting talk. Fending off multiple requests by the US government to hand over user data, PIA remains one of the staunch champions of user privacy and is worth considering by any user who wants to know their provider’s claims are proven. You can put the provider under the microscope with a 30-day money-back guarantee to fall back on if you prefer our other recommendations better.

SurfShark is a cheaper provider that refuses to skimp on quality. With plenty of servers based in the US, SurfShark can easily cope with streaming 4K videos from Peacock. In fact, SurfShark regularly ranks highly on our VPN Speed testing tool, and with an unlimited number of connections available on the service, SurfShark satisfies multiple users all watching different content at once.

SurfShark still provides all the security features you would expect, including diskless servers to eliminate logging of user data, multi-hop tunneling to allow users to chain VPNs together for added security, and packet obfuscation which hides VPN activity from nosy third parties. Not only is SurfShark is one of the cheapest VPNs on our list, it also offers a 30-day money-back guarantee just to sweeten the deal – so you can try it out for yourself.

We chose VPNs that offered:

Who is hosting the SNL Christmas Special?

Saturday Night Live is an immensely traditional show, relying on a format that dates back to the show’s inception. One of these idiosyncrasies is that SNL does not have a single dedicated host, much unlike other late night sketch and talk shows. Instead, each week a new celebrity joins the regular cast to both host the show and appear in the sketches.

SNL changes its host every week!

This will often be someone who’s very popular at the time, maybe because they have a new TV show or movie coming out. The sketches that they appear in will often gently mock the popular perception of the guest in question, and you can expect anyone who hosts SNL to be comfortable poking fun at themselves.

Saturday Night Live Christmas takes on a slightly different format, revisiting the very best Christmas related sketches from over the decades of SNL’s broadcast run. The lineup of sketches changes every year, but we can expect a monologue by longtime SNL veteran Jimmy Fallon alongside appearances from John Malkovich, Jeff Bridges, Norm MacDonald, and more.

Whether you decide to watch SNL live or tune in after it’s aired, any VPN on our list will allow you to tune into the entirety of Peacock’s content with ease. If you’re still having trouble deciding, take a look at our top five list and make sure you pick the VPN that’s right for you.

ExpressVPN is our top pick for Streaming SNL. It unblocks NBC content from across the US reliably with the speeds and security you need to stream SNL in comfort.

NordVPN is a versatile VPN with many global servers. It offers great apps for all devices, including smartphones, and gives great speeds no matter where you’re connecting to.

CyberGhost VPN offers a great mid-range service for unblocking the SNL Christmas Special, and with an enormous money-back guarantee to fall back on.

Private Internet Access offers an enormous array of servers to choose from, and lots of features – all at a low cost.

Surfshark offers a wealth of features and unlimited simultaneous connections, all without breaking the bank.

University publishers are the real threat to science, not Sci-Hub * TorrentFreak