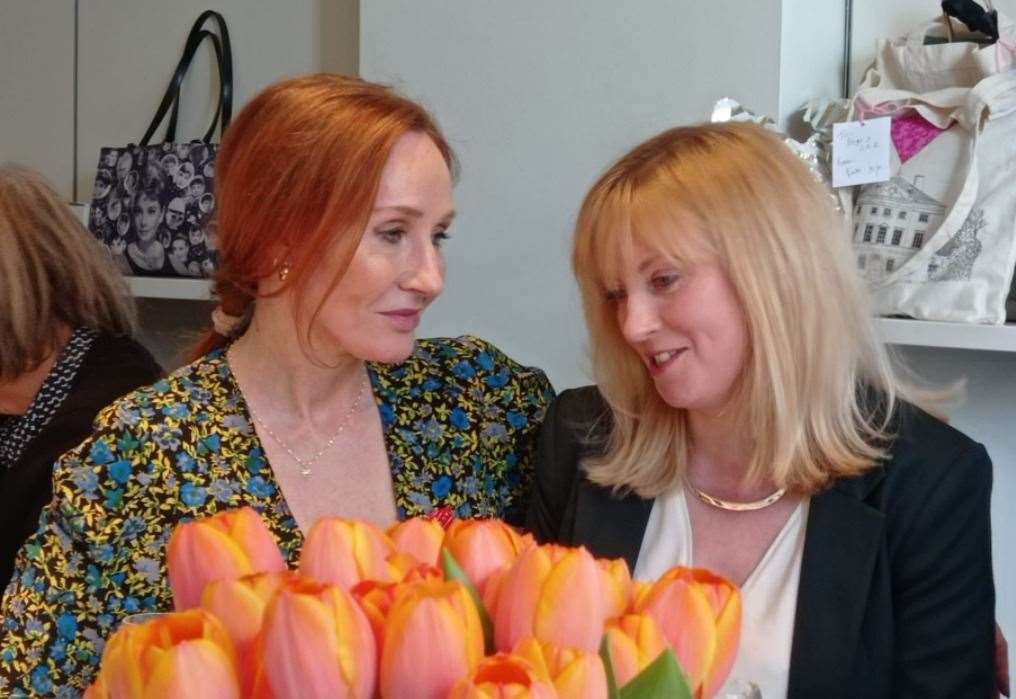 Harry Potter author JK Rowling invited a Kent MP to lunch with some of the country’s most prominent feminists and women’s rights activists.

The acclaimed writer invited Canterbury MP Rosie Duffield to the event, with the two uniting – and coming under fire for – their views on who should be able to identify as a woman.

Today Ms Rowling posted a photo to her 14 million Twitter followers, showing herself and Ms Duffield chatting together.

The picture was taken at a luncheon hosted by Ms Rowling and attended by a number of women’s rights activists supporting a ‘Respect My Gender’ campaign.

Other participants include Kathleen Stock, who left her post as professor of philosophy at the University of Sussex after being accused of “transphobia”.

Ms Duffield – Kent’s only Labor MP – has been embroiled in a row around trans rights for the past two years, having previously said ‘only women have a cervix’.

She has faced a torrent of criticism from those who argue her views undermine the transgender population.

She maintains that she is “not remotely transphobic”, but objects to the idea that “biological males with male bodies” are allowed to identify as female in order to gain access to sex-only spaces. women such as prisons and domestic violence shelters.

Ms Duffield is herself a survivor of domestic violence – which she spoke about openly in the House of Commons.

Ms Rowling has also been criticized for her views on gender identity.

She previously appeared to take issue with the use of the phrase ‘menstruating people’, adding: “I’m sure there was a word for these people. Someone helped me. Wumben? Wimpund? Woomud? “

Reacting to the photo of the author and MP, some Twitter users praised them for being single mothers and for taking a stand on women’s rights.

One Twitter user wrote, “This photo is the epitome of female solidarity! I’m so glad you both have found happiness after all you’ve been through.”

Another wrote: “Thank you both for your courageous and determined stand for the rights of women and girls and in defense of lesbians.”

But others have criticized their views.

One accused them of ‘biological guarding’, while another replied to Rowling: ‘Trans women ARE women for the thousandth time. Stop ruining the lives of the people you’ve helped make dream.”

The meeting comes after Ms Duffield signed an open letter, calling on the government to pause on its conversion therapy bill.

The bill seeks to ban the “coercive and heinous” practice of conversion therapy – which aims to “cure” trans or non-heteronormative people.

The 2017 National LGBT Survey found that 5% of respondents said they had been offered conversion or restorative therapy “in an effort to cure them of being LGBT”, while a further 2% said the to have suffered.

The practice is widely condemned by LGBT rights charities, such as Stonewall, who say, “No one should be told who they are, it’s something that can be cured.”

But an open letter, signed by “professionals, parents and concerned adults”, including Rosie Duffield, urges the government “not to rush into misguided legislation to ban so-called conversion therapy”.

“In particular, we are concerned about children who present with gender dysphoria.

“Similar legislation in other countries has had a chilling effect on therapists, leaving vulnerable young people on a one-way street to irreversible medical interventions.

“We cannot make the same mistake in the UK.”