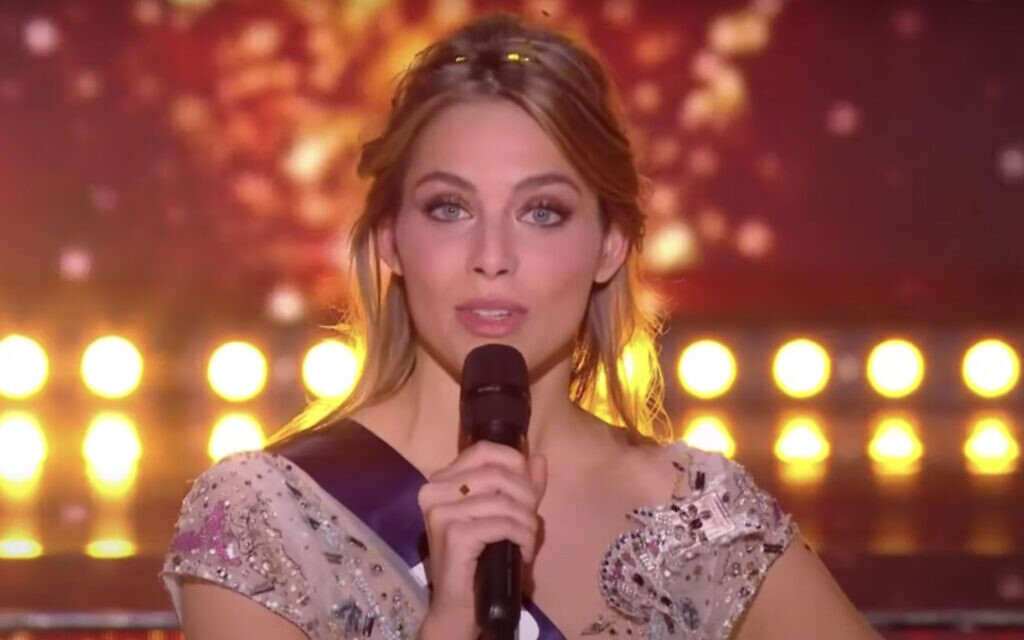 PARIS – A French court on Wednesday fined seven people for a torrent of anti-Semitic abuse on social media targeting the finalist in the latest Miss France pageant.

April Benayoum, who competed for the title of Miss France in December, was the subject of hate messages after she said at the event that her father was of Israeli descent.

The slurs – such as “Hitler forgot this one” and “Don’t vote for a Jew” – were posted mainly on Twitter and were condemned by politicians and associations.

On Wednesday, a Paris court sentenced seven defendants, four women and three men, to each pay fines ranging from 300 to 800 euros (350 to 930 dollars).

An eighth suspect was acquitted as the court concluded his tweet was not aimed directly at Benayoum.

During the trial, the suspects all admitted to posting the messages, but denied they were anti-Semitic, with some claiming they were making a political statement defending the Palestinian cause.

But the court ruled that the messages expressed “a rejection of a person because of his origins” or “because of his alleged religion” and that they were aimed directly at Benayum.

Screenshot of video of April Benayoum, who was the target of anti-Semitic abuse online while participating in the Miss France 2021 pageant, December 2020 (YouTube)

The seven were also ordered to pay one euro in damages to the candidate and to several associations against racism and anti-Semitism which had joined the plaintiffs.

Four of them were also invited to attend a two-day civic education class without, according to the court, fully grasping the gravity of their actions.

While qualifying the sanctions as “light”, Jean-Louis Lagarde, lawyer for the anti-racism association MRAP, considered that they were still “educational”.

The judgment showed that “you cannot hide behind the Internet or behind Twitter,” he said.

â€œMy client thinks Twitter’s negligence is to blame in this case,â€ Veil said, adding that a separate case has been brought against the platform.

Learn Hebrew in a fun and unique way

You get news from Israel … but do you TO HAVE this? Here is your chance to understand not only the big picture that we cover on these pages, but also the critical and juicy details of life in Israel.

In Streetwise Hebrew for the Times of Israel community, each month, we will learn several familiar Hebrew phrases around a common theme. These are small audio Hebrew lessons that we think you will really enjoy.

For as little as $ 6 per month, you can help support our quality journalism while benefiting from The Times of Israel WITHOUT ADVERTISING, as well as access to exclusive content reserved for members of the Times of Israel community.