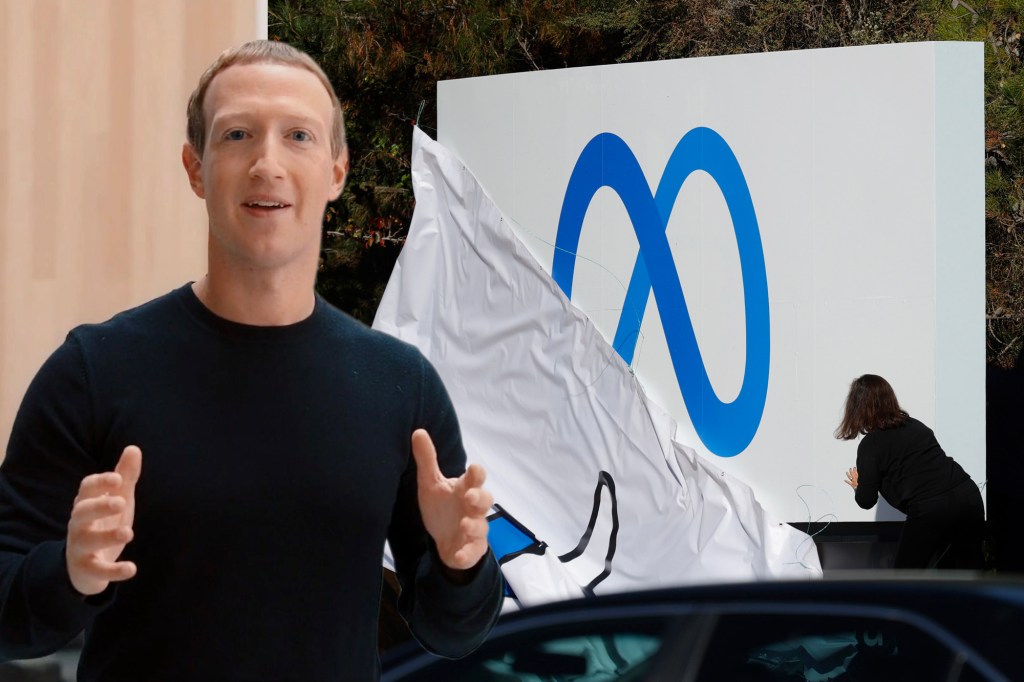 Facebook revealed its new corporate name on Thursday, renaming the owner of Facebook, Instagram and WhatsApp to “Meta” as it grapples with a torrent of scandals.

The tech giant’s old name “just doesn’t encompass everything we do,” founder Mark Zuckerberg said at a lengthy online event.

Zuckerberg said the new name was part of the company’s long-term plan to create a “metaverse” – a world of virtual reality where users can socialize, work, play games, and create art. In a demo Thursday, one user wearing a headset walked the streets of ancient Rome, while another attended a virtual reality rock concert and afterparty.

The change comes as Facebook seeks to shake off a torrent of scandal after whistleblower Frances Haugen disclosed corporate research showing Instagram’s negative effect on teen mental health, Facebook’s struggles to stop human trafficking. human beings on its platform and the widespread sharing of fake election news on its sites.

A provocative Zuckerberg – who has not publicly responded to calls to testify in Congress amid scandals – indirectly addressed the issue at the event and accused critics of being stuck in the past.

“With all the scrutiny and public debate, some of you may be wondering why we are doing this right now,” Zuckerberg said. “Some people will say this is not the time to focus on the future, and I want to recognize that there are important issues to work on in the present. There will always be.

“For a lot of people, I’m not sure there will be a good time to focus on the future,” Zuckerberg added in a seemingly sarcastic jab.

Nonetheless, the new name quickly sparked taunts on social media, with many critics noting that the move looked like a desperate attempt to change the subject.

“It all happened because Zuckerberg never meta-girl until college,” joked a Twitter user.

“No Meta what you call Facebook, it sucks” noted another.

On social media, people have also scoffed at Meta’s new logo, with some saying it looks like a falling infinity sign, a Thighmaster exercise machine – or even male anatomical pieces.

Zuckerberg said the company plans to spend billions of dollars to develop the Metaverse and added that he hopes one billion people will join the virtual world over the next ten years. Facebook’s commodity ad dollars will complement the development of the metaverse, which the company says won’t pay off for years.

The company’s new “Meta” logo includes what appears to be a distorted version of the infinity symbol. The company’s most popular products, the social media site Facebook, will retain their name even if the parent company is renamed.

Facebook said its stock ticker symbol on the Nasdaq would change from “FB” to “MVRS” on December 1.

In another nod to Zuckerberg’s metaverse ambitions, the company said on Tuesday it would start reporting profits for two separate subcategories from December.

The “Family of Apps” category will include Facebook, Instagram and WhatsApp, while “Facebook Reality Labs” will include the company’s augmented and virtual reality products, including its Oculus headsets.

The last time the company changed its name was in 2005, when it switched from TheFacebook to Facebook.

Next of Kin Leak to pirate sites * TorrentFreak