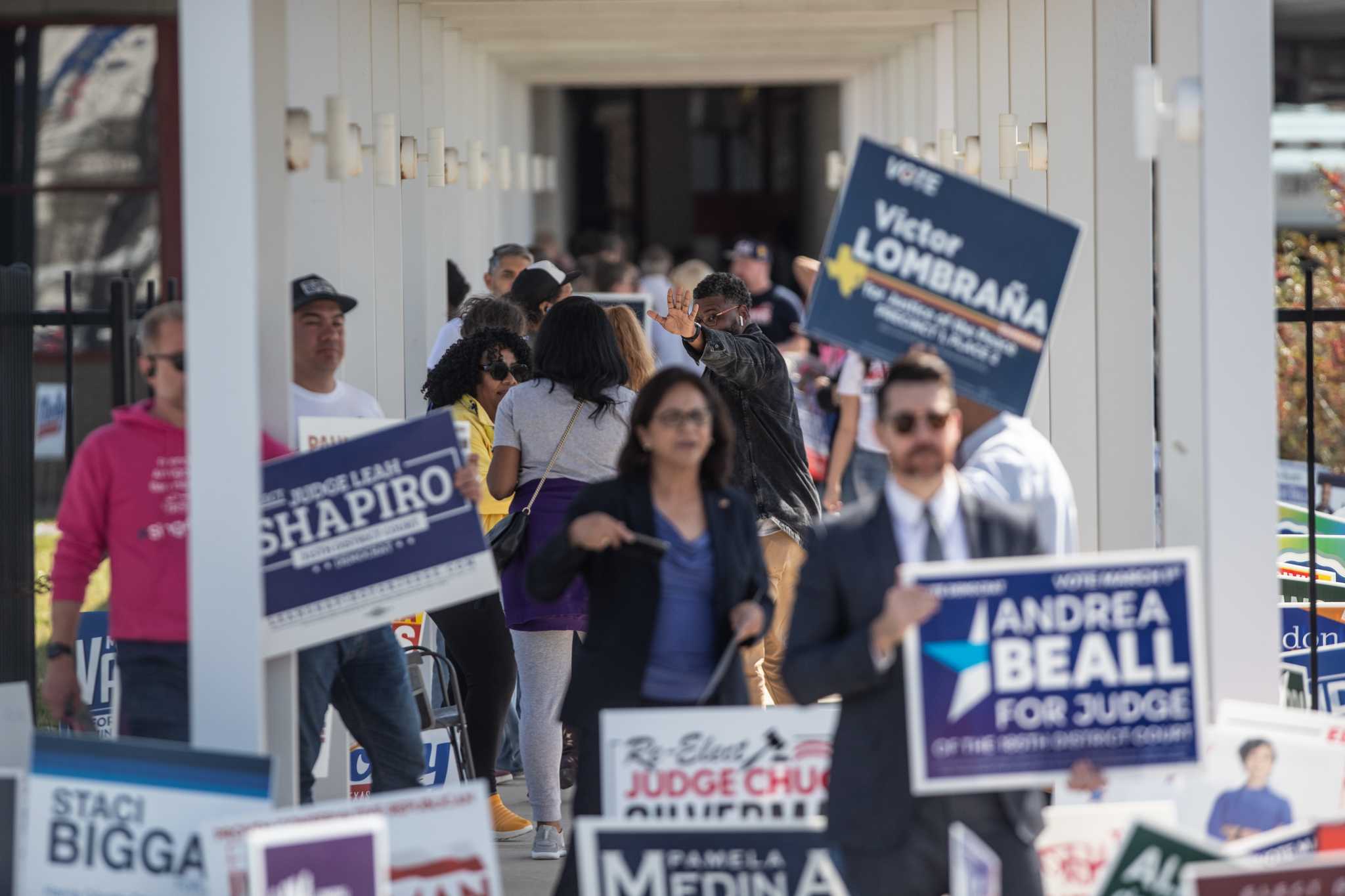 Another Election Day, Another Torrent of Trouble at Harris County Polls

After a day of glitches and outages, Harris County election officials told state officials that damaged ballots would slow down the final reporting of election results.

Texas Secretary of State John Scott’s office released a statement saying the county requested an extension to the state’s 24-hour reporting deadline just after polls closed at 7 p.m. Tuesday, explaining that damaged ballots should be duplicated before they can be scanned.

Harris eCounty election officials played down the announcement and said they had a phone call with Scott’s office “to discuss the 30-year-old provision requiring that precinct election records be delivered within 24 hours of the closing of the polls”.

Officials said they released the results of the early vote shortly after the polls closed and said in a statement: “Election Day results will be released and the rest of the reconciliation process will continue at over the next few days, as we value precision over speed. ”

They said, however, that “after discussing the potential criminal penalties and new civil penalties associated with delay in reporting and the outdated nature of such legislation, and on the recommendation of the Office of the Secretary of State, the political parties decided to seek a court order regarding the time associated with the counting of the ballots.

Failure to comply with the 24-hour reporting deadline is a class B misdemeanor.

The Harris County Board of Elections launched its new voting machine, the Hart InterCivic Verity Duo, last year in what they said was an effort to make voting faster, easier and safer, but many voters found the system cumbersome. The touchscreen interface produces two paper ballots which voters then feed into a scanner. It was not immediately clear how many ballots might have been damaged, or at what point in the process the damage occurred.

The problems for Harris County administrators began before voting even began on Election Day.

The map from the county’s election website, which offers an option for people to enter their address and find nearby polling places, was removed around 6:30 a.m. The map remained blank for about 90 minutes, said officials. A PDF list of polling places and the phone number to call to ask questions remained active, Harris County Elections spokeswoman Nadia Hakim said.


LIVE UPDATES:
Get live election results here when the results come in tonight

Although isolated, the problems – from inoperable equipment that shut down polling stations to understaffing – have angered some voters and officials and worried others.

“We have received numerous complaints throughout the county regarding undelivered voting machines, missing equipment, and machines that are still non-operational,” Harris County GOP Chairwoman Cindy Siegel said in a statement. “Our goal has always been to ensure that our voters have the opportunity to exercise their right to vote and that every vote is properly recorded and counted.”

Siegel called the issues a “complete failure on the part of unelected and unaccountable election administrator (County Judge) Lina Hidalgo.”

Odus Evbagharu, chairman of the Harris County Democratic Party, said everyone – poll workers and election officials – were working on “issues” and he was optimistic the issues would not be a serious drag on the election.

“You are working with new laws and new machines,” Evbagharu said. “It’s not a partisan issue, everyone is trying to resolve these issues so that we have a successful election and everyone has a vote.”

County election officials have worked through many issues, having prepared for some issues at the polls, providing a hotline and stockpiling additional materials, Hakim said. Any judges with equipment issues were encouraged to call the helpline for technical assistance.

“We learned our lesson in November and doubled the number of people who answered the line,” Hakim said, describing it as an “everyone on deck” situation.

“We are sending people as quickly as possible,” she said.

At the Gregory-Lincoln Education Center in the Fourth Ward area, problems with the machines prevented voters from voting for some time during the morning.

Galen Lytle said he was unable to vote in the Democratic primary there due to a connectivity issue with the machines. Poll workers gave him the names of other nearby polling stations, prompting Lytle to get on his bike and ride to Woodrow Wilson Elementary School in Yupon.


On HoustonChronicle.com:
The hottest primaries of 2022 to watch in the Houston area

Precinct Judge Jesse Goins said broken machinery and a lack of staff plagued the Democratic primary at the Metropolitan Multi-Services Center in West Gray throughout the day. A technology support person from Harris County Elections helped troubleshoot issues and brought in new equipment, though the new machines also had issues, she said.

Rudy Norman, a Republican election worker, said the machines for Republican voters — housed in a different room in the same location — had few issues on Election Day.

Each political party runs its own primary, sharing locations, as Republicans did not agree on a common primary, which was preferred by county election officials and Democrats. Accordingly, Hakim said, parties are responsible for providing poll workers for each of the 375 sites. On Monday night, Hakim said Republicans were short 20 full justices and Democrats were short 12.

“You’re not going to remember everything,” she said, noting that election officials are asking those at the polls to seek help if needed.

In some places, she said, election officials were cooperating, sharing equipment and technical advice, and working smoothly to resolve issues.

“In other places, we’ve seen the exact opposite of the spectrum,” Hakim said, though she said officials were still evaluating those claims.

Republican officials also looked closely at many of the concerns, said Genevieve Carter, spokeswoman for the county party. She said concern was growing that despite high interest in voting on Election Day in Harris County, closed polling places would dampen turnout.


On HoustonChronicle.com:
40% fewer mail-in ballots in early voting in Texas amid confusion and delays caused by new law

Evbagharu said he doubted isolated problems or a closed polling station would significantly affect turnout in many places. Anyone can vote anywhere in the county, a change from pre-2020 elections, and those running for a primary in a non-presidential year are usually diehard voters, did he declare.

“They will find a polling station,” Evbagharu said.